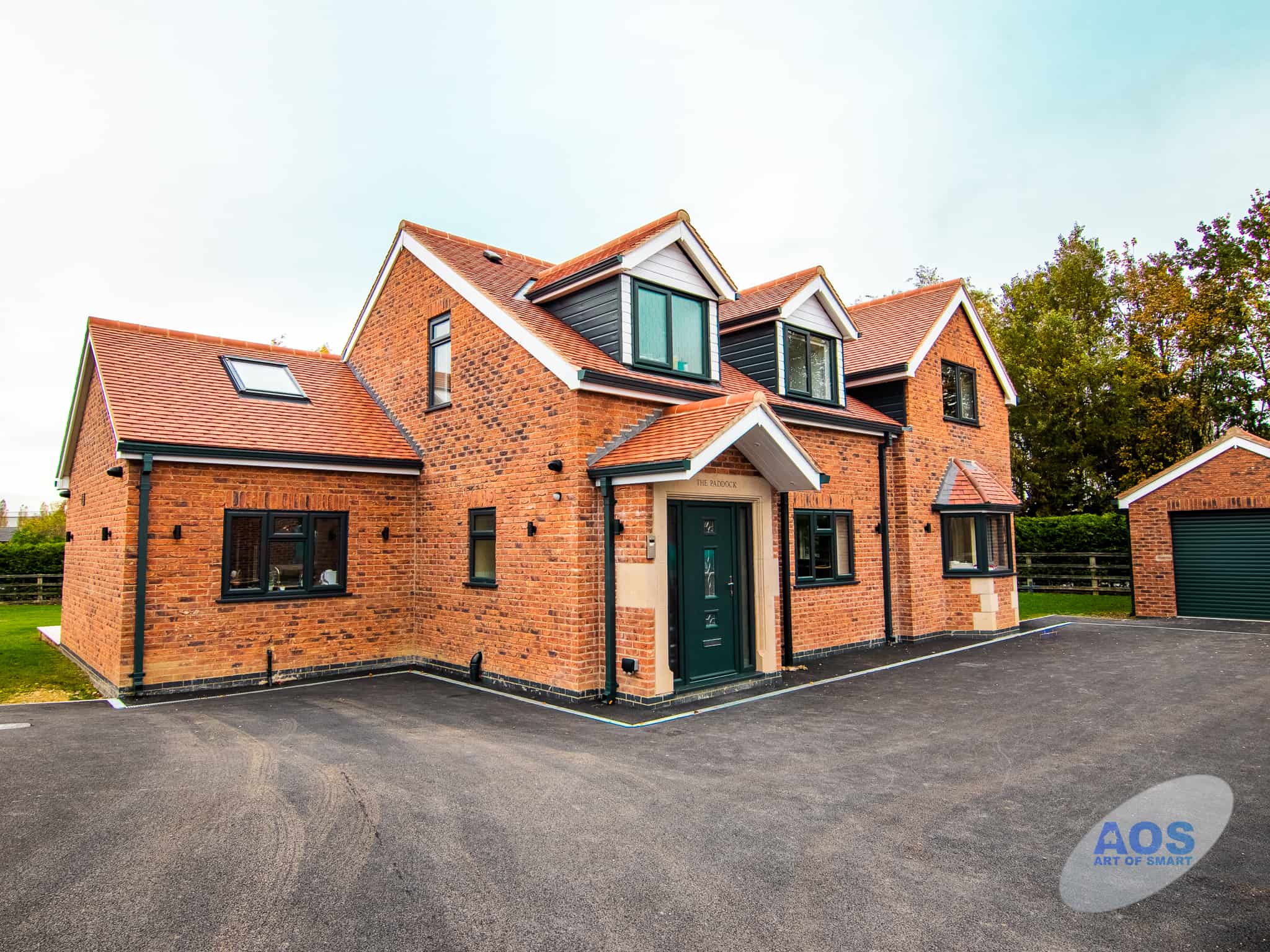 Saved at the last minute! This client was well on with his self-build property and already knew he wanted a smart home and had appointed a Control4 installer to begin in the coming weeks. After doing some last minute research he came across Art of Smart. He followed our page on Facebook and watched all of our YouTube videos and realised he had made a mistake and wanted a company with AOS level of passion and enthusiasm and reached out.

We were on a tight deadline, plasterboard was going on the wall in around 4 weeks time and he had lined up a smart installer and seperate electrician to carry out the works, after realising Art of Smart could do both elements the smart and the electrics in house we provided cost for both within a couple of days of the site visit. Both came out a bit more than his original costs, but the client understood what extra value he would get with AOS doing everything and awarded us the contract. We managed to shuffle the diary and got first fix in and kept everything on schedule.

The client's spec was clear, he wanted a modern family home with all of the modern tech possible. He had never had a smart home before but wanted surround sound in the lounge along with some fancy LED lights that were installed well to suit the style of home and not tacky.

He has been denied planning for part of the new home so wanted to prewire all the cables for a cinema, dressing room, ensuite and games room whilst he was at construction phase so he didn’t have to disturb the house later.

He wanted sky in every room that had a TV, as well as having speakers in every single room.

Some cool features in his step sons bedroom that was XBOX mad, so we added a button that turned the room LED strips XBOX green and turned the XBOX and tele on. We also set up an air raid siren announcement to come though the ceiling speakers in his room when the dining room lighting scene was turned on and his dinner was ready!

As the family had a baby during the build (in true self build fashion!), we added a ‘night feed’ button in the baby's bedroom that just brought the room lights on to 5% so they weren’t too bright during the night.

As the build neared completion, he decided to add electric blinds to every window, because this had also been planned and prewired for this was no problem and was added with minimum fuss & mess.

The client also saw our Face4 faceplates when we bought the company and developed it and decided to upgrade all of his keypad faceplates in the house when we came back to wire in some additional outside lighting and his hot tub!