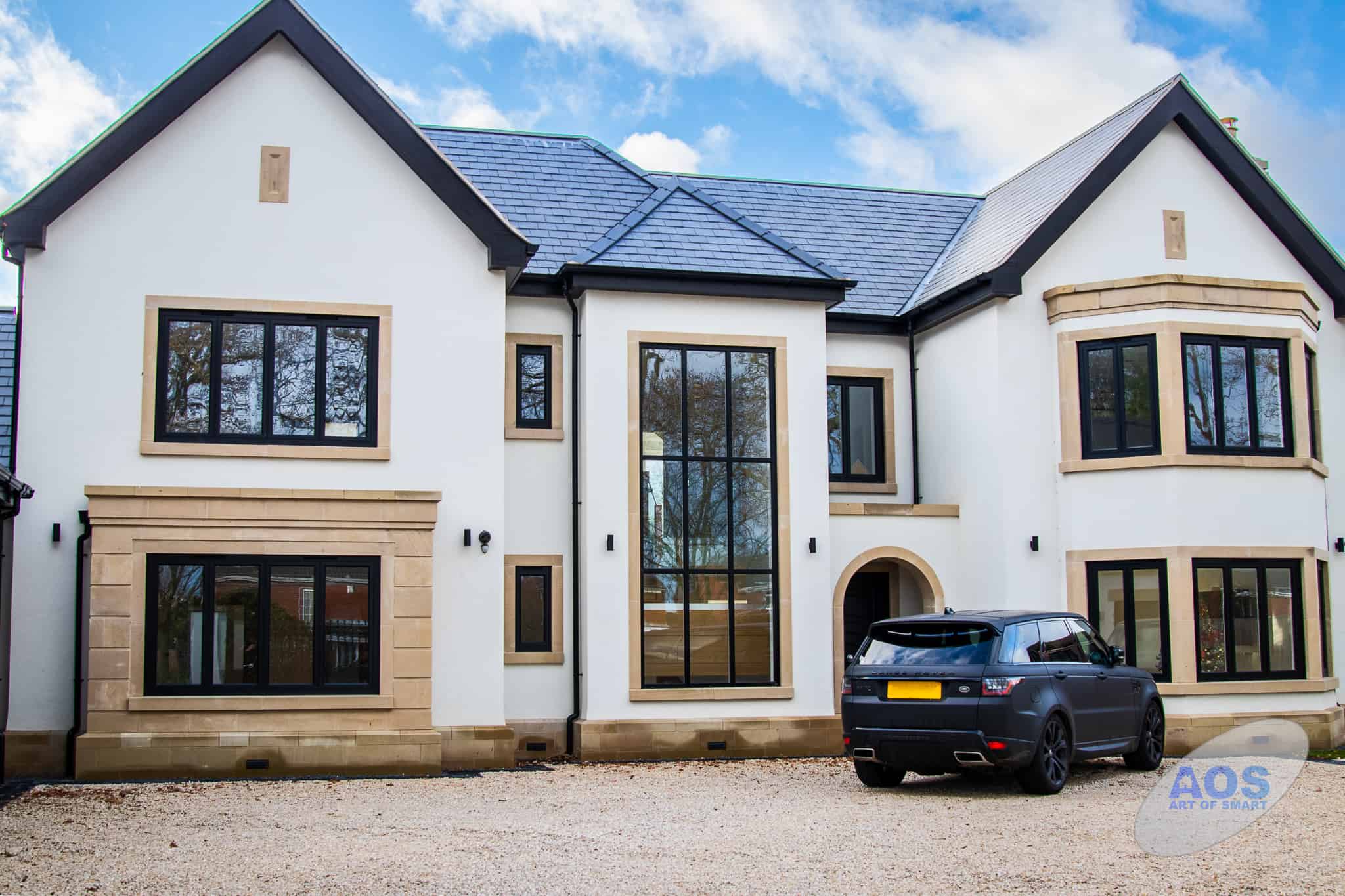 After following AOS on social media for a while whilst doing research for building his dream home, the client reached out to enquire about tech for his property.

He wanted all of the obvious security protection you’d expect with a house like this. Good CCTV and Alarm system that could send notifications to his phone, external motion sensors, a video intercom to control his electric gate, to be able to open his three garage doors from an app and get alerts they weren’t shut properly.

He wanted a system that could be added to and expanded upon later, having 7 spare/guest bedrooms he didn’t want the expense of kitting it out with tech that may not be used for years to come. This was easily achieved by AOS designing and installing a thorough prewire of cables and specifying hardware that was cost efficient to expand and add to over time without having to upgrade or replace lots of kit.

He wanted incredibly fast wifi and internet so there was no lag when he was gaming and  for his mates to be able to plug DJ decks into the full house music system in both the open plan kitchen space and in the garden for when he had parties.

The full home including all the AV and security systems can be controlled via the touch screens on each landing and a wireless touch screen that can be used in any room in the house and even taken outdoors for parties. He can also use the app on his phone or the Control4 neeo remote controls to control any part of the system.