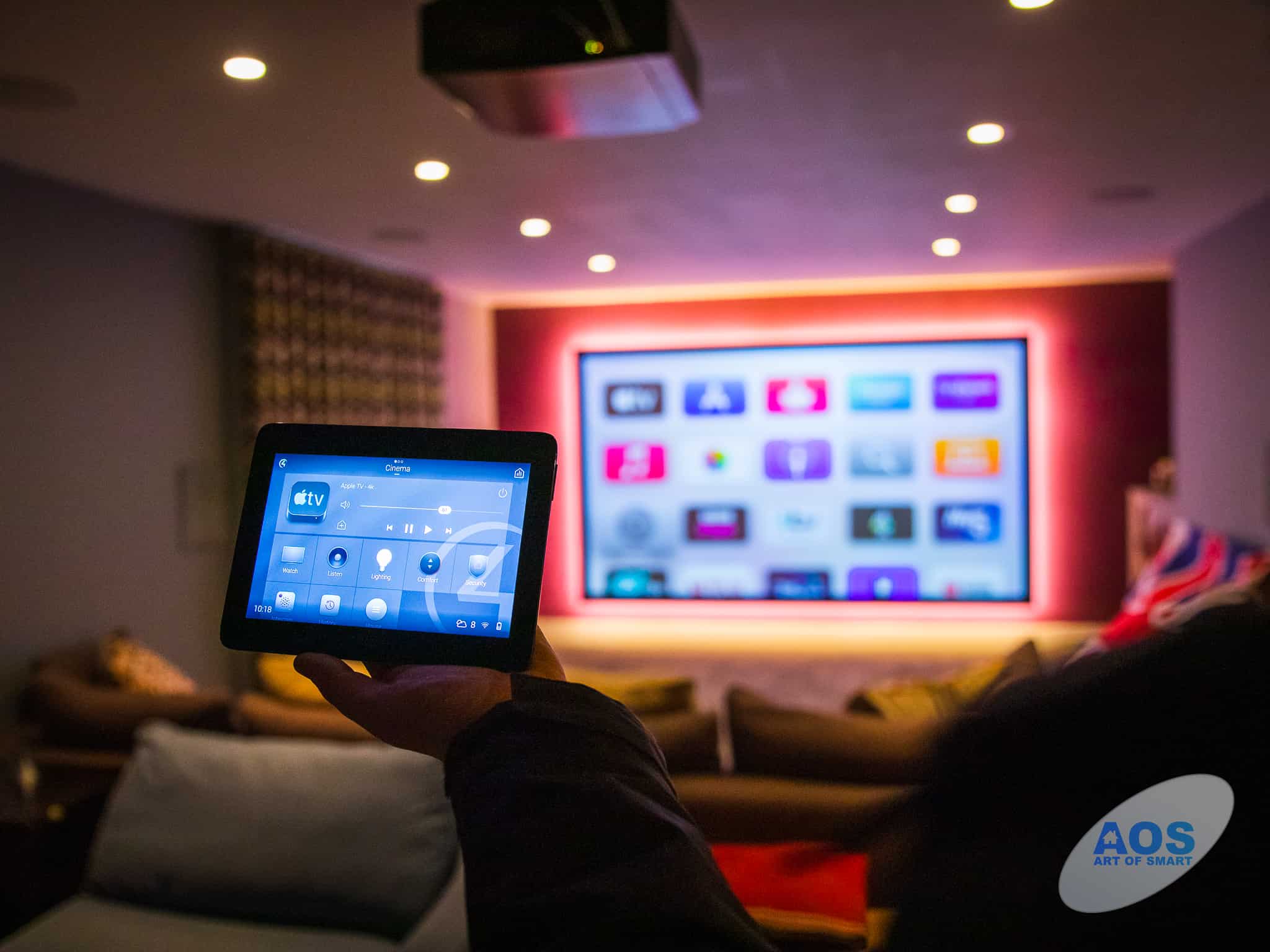 The client had had a major refurbishment when he bought the house 6 years ago and created an insane family home. During the refurbishment he had appointed an AV contractor that installed an extensive prewire throughout the property for AV as well as adding Lutron Lighting Control to the property.

Over the years it began to fail and loose reliability, with the existing company been underwhelming with the upkeep, servicing and maintenance that a smart home needs meant that it was falling apart. After following AOS on Instagram after having us recommended by one of our local AOS Partners the client also realised that the rack wasn’t up to scratch and everything could be done so much better.

During an initial survey we got the Control4 stable again until we could get back to do the overhaul. When doing works like this we understand client have already spent a lot of money and only recommend components to be changed that MUST in order to guarantee system performance after out works. We then also notify them of components that are likely to fail over the coming months/ years to prepare them of what other surprise costs would come up.

Phase 1 we gave the rack a complete overhaul and rebuild, adding a termination box for all cable infrastructure. We added a new network and wifi, power management and a UPS. Upgraded the intercom and touch screens and added EA1 controlelrs round the house for remote control reliability and on screen display, We also integrated the heating.

Unfortunately shortly after the upgrade the Blustream video matrix began to start failing. Absolute Kudos to Daniel Adams from the manufacturer who saw his product on one of our social media posts and replaced the matrix FREE of charge even though it was 8 years out of warranty. First Class. We replaced the matrix and integrated all the Lutron lighting system in to control4 in a further visit.

Now the system was stable again and the client making the most of their AV system, they decided to do further upgrades. They were making changes to the layout of their basement, removing the swimming pool and making the cinema room larger now the kids were older. We upgraded the old basic AVR and speakers in favour for a much better solution from Triad that they could enjoy movies with the kids and friends. During this phase of works we also upgraded their main processor to a Control4 CA10, which is 4 times more powerful then its predecessor making the system run and app load lighting fast.